The first order of business around the new place is an attempt at making it seem occupied and less like the Addams Family home. Cleaning all the weeds and volunteer trees out of the overgrown hedge is already a major improvement in the curb appeal.

The question then becomes, what do we do with the hedge itself? I personally prefer the free form look. I always figured if mother nature wanted her shrubs to be square she would have designed them that way. I also like the way it hides the house from the street. You really have to know where you are going to find this place in a car. My third argument is that the nearest neighbor to the south also has a free form hedge and for the sake of continuity ours should be the same. The engineer however wants a formal hedge. Either way nothing can be done immediately as trimming a hedge during drought seems like a sure fire way to kill it. So what would you do? Formal or free form?

Another debate is what to do about the dead trees out front. They are located between the sidewalk and the road and are dangling precariously above the power/phone/cable lines. Technically this house is not incorporated as part of the town. So who owns the trees? Or more importantly who is responsible for trimming them? The town, the homeowner, or the utility company?

This one is shedding bark into the street at an alarming rate.

And there is another completely dead one that seems to be actually holding up the utility pole.  Anyone know who I should call?

Coming Up For Air

I am too tired to even think straight, let alone make a fun and witty blog post, but I wanted to let everyone out there know I'm still hanging in there. Last Friday we closed on the old house then went out to lunch with the new owners. I have to say they are some of the best people out there and completely deserve that home, the animals, and all the good times in their future. We moved our things out on Saturday and stayed in the camper Saturday night. We left the farm Sunday morning after chores. It was tough. I'm still not over it and that's all I'm going to say about that.

On Sunday we killed time by attending the Indiana State Fair where we watched the Conner Prairie youth volunteers compete in a sheep-to-scarf competition. We also pet all the farm animals, because I never, ever have the opportunity to do that anywhere else (insert cheesy grin here). Then Monday morning we drove back to the farm to pick up the car we had to leave behind the day before. When I pulled into the drive the first thing I saw were the two boys, ages 16 and 8, picking up limbs. This warmed my heart because that is a never ending job out there, and a perfect activity for two city kids to reconnect with the earth. The girl, age 12, still had the cell phone stuck to her ear, but that will change in time. The 8 year-old is a big-time animal lover and has already given the animals more attention in one week than they had in a month before. I'm told at first he checked the coop for eggs every hour, on the hour. You could say he's a little excited about being there. The animals are all going to be just fine without me under his care. If I'm lucky maybe someday one of them will think, "I wonder what ever happened to that funny-looking short lady with the camera?"

The closing on the new house actually happened late Monday afternoon, no thanks to the previous owner. Now that the house is sold I can publicly announce that he was the biggest pain in the rear end I have ever met. Well, that's not entirely true, he didn't bother to show up so I didn't actually meet him. He assigned someone else to do it. Given that he is a big-shot lawyer from St. Louis, he couldn't be bothered with such a menial task of unloading his family's home that had been in his family since the 1920s. But he sure got his panties in a bunch and nearly derailed the whole closing over a measly $125 discrepancy. In the grand scheme of what he was inheriting that wasn't even a drop in the bucket. His real estate agent finally took the $125 loss just so he could get rid of the guy.

The truck brought our stuff on Tuesday and we have been working like dogs ever since trying to unpack and sort. The dishes that were missing for over 72 hours have been found and the MIA item list is starting to dwindle. Sure would like to know where the hairdryer went though. The new neighbors here are incredible, making the transition to town not just bearable but actually pleasant.  And today, Milah showed up and helped me get settled in a little more, bringing with her the perfect housewarming gift.  She used some of my photos of the barn babies at work to make a set of coasters. A perfect symbol of the new journey I am currently on. Then, while here she unpacked all my quilting fabric and even baked a cobbler.  I love that woman.

I'm starting to see the light at the end of the tunnel and for the first time in many months don't have the overwhelming feeling that it is a train.
Posted by Christine at 6:12 PM 21 comments:

If What Doesn't Kill You Makes You Stronger...

Where's my cape?  Pretty sure Wonder Woman had a cape.  Oh, and a headpiece. I want a headpiece.

Oh! And the boots!

And They All Lived Happily Ever After?

I sat in the parking lot of the Dollar General store. The duck was quietly making noise, confused as to why he was in a box no doubt. I was waiting there with him to meet his new owners.

Mr. Duck hit the duck lottery and found a fabulous farm where he will have more friends than Mark Zuckerberg has on Facebook. As much as I wanted to keep him, I just can't because as of Friday, unlike Mr. Duck, I'll be homeless. At his new home full of runner ducks, I know he'll live happily ever after.

Change is inevitable. I get that. Some of the barn babies at work come from other farms and go back once they've grown up. All of us that work there like to think they will all live happily ever after, too. It is easier that way. We envision a future for them grazing in tall grass under a shade tree while white puffy clouds dot the sky. 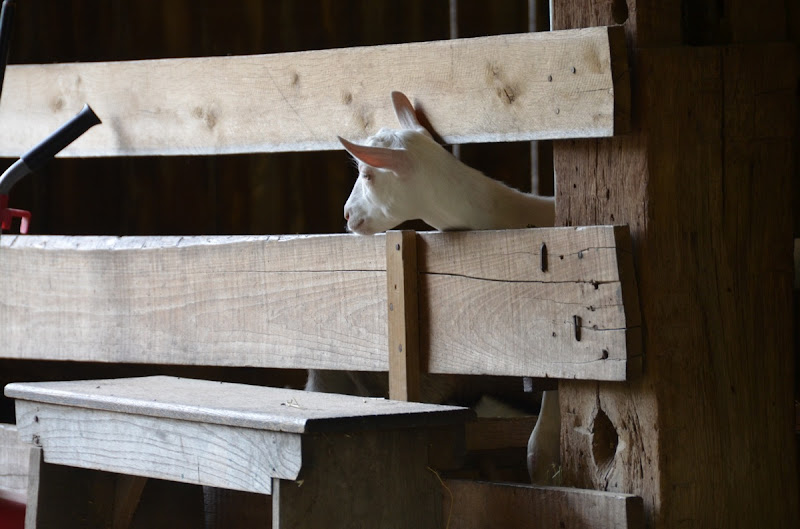 I've always been a visual goal setter myself. The path has always been so clear to me, I've always been able to picture my own future. But I don't see any puffy clouds in mine. In fact, for the first time in my life I don't see anything at all. I'm not sure how to process that. As of this moment I have to close on this house on Friday morning. I have no idea where I will sleep Friday night and, oddly, at this point I no longer care.

To say that the home selling and buying process has not gone well would be the understatement of the century. I feel like I am Milton of the movie Office Space. Not one person is listing to a word I say. I have no recourse other than to just walk away. Or burn the building down, like Milton did.