I had a few gourd seeds. They were old. I never really thought they would grow. Not only have they grown, they’ve taken over the entire garden and are consuming Old One-Eyed Jack’s assisted living facility. 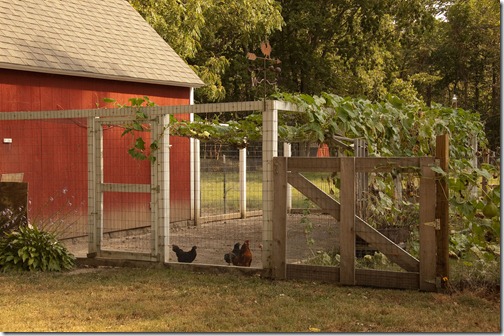 Jack doesn’t seem to mind though. It gives them some much needed shade and he thinks it makes the place feel like a fantasy room at a swanky hotel. 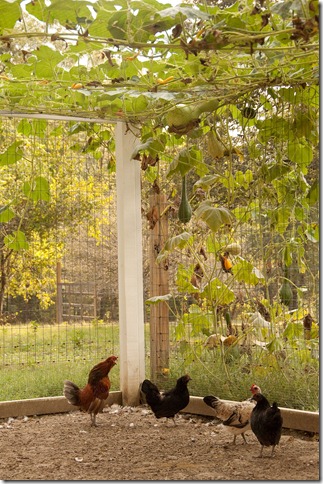 In fact, when we were discussing it, he suggested the only thing missing were a few mirrors on the ceiling inside the coop and wanted to know if I could get some for him. I explained that interior decorating is generally left up to the ladies and we had better get their opinion on the matter before taking on any such projects. 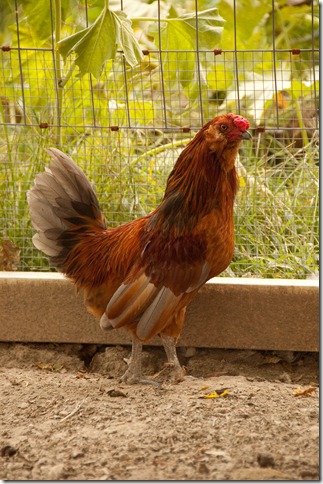 When asked, Hester Prynne replied, “Are you nuts? He’s already been running around, puffing out his chest and shouting ‘Me Tarzan.’ If you put mirrors in there we’re out of here.” 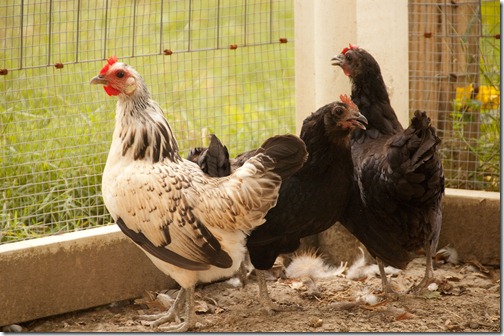 “Sorry Jack, they’re not interested in the mirrors” I said. 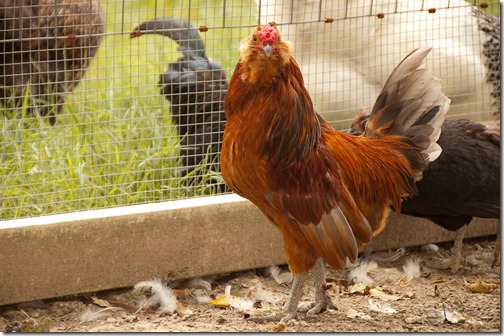 “Well, then how do they feel about a hot tub?”