I had the opportunity recently to visit The National Museum of the American Coverlet to view the Kaleidoscope - Simmermaker exhibition and participate in their Coverlet College. 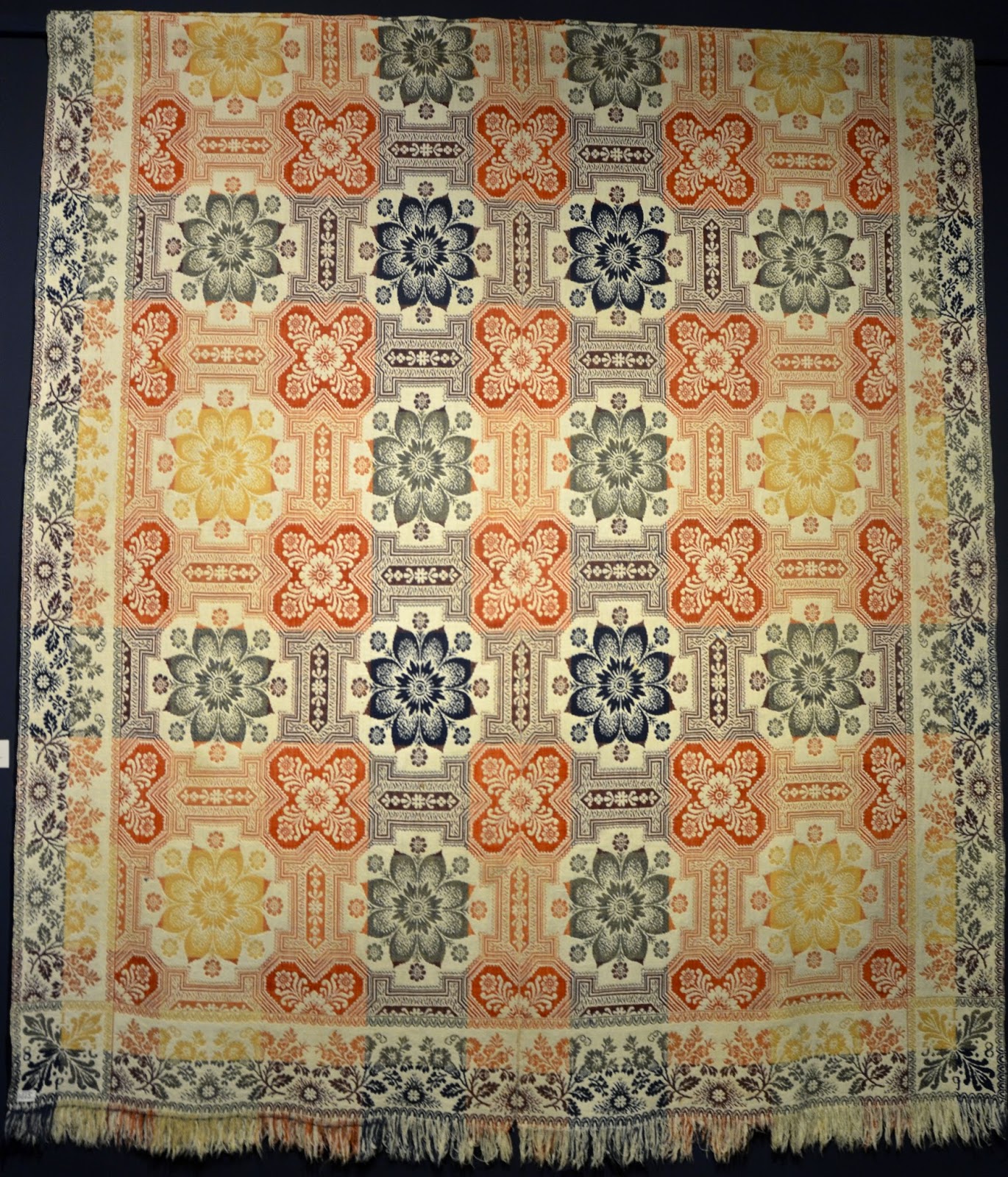 John Simmermaker, a fellow Hoosier, is an avid coverlet collector and many of the coverlets in his collection were made by Indiana weavers. My personal favorite was by D. I. Griggs, the featured weaver of the year. This one makes my heart go pitter patter. 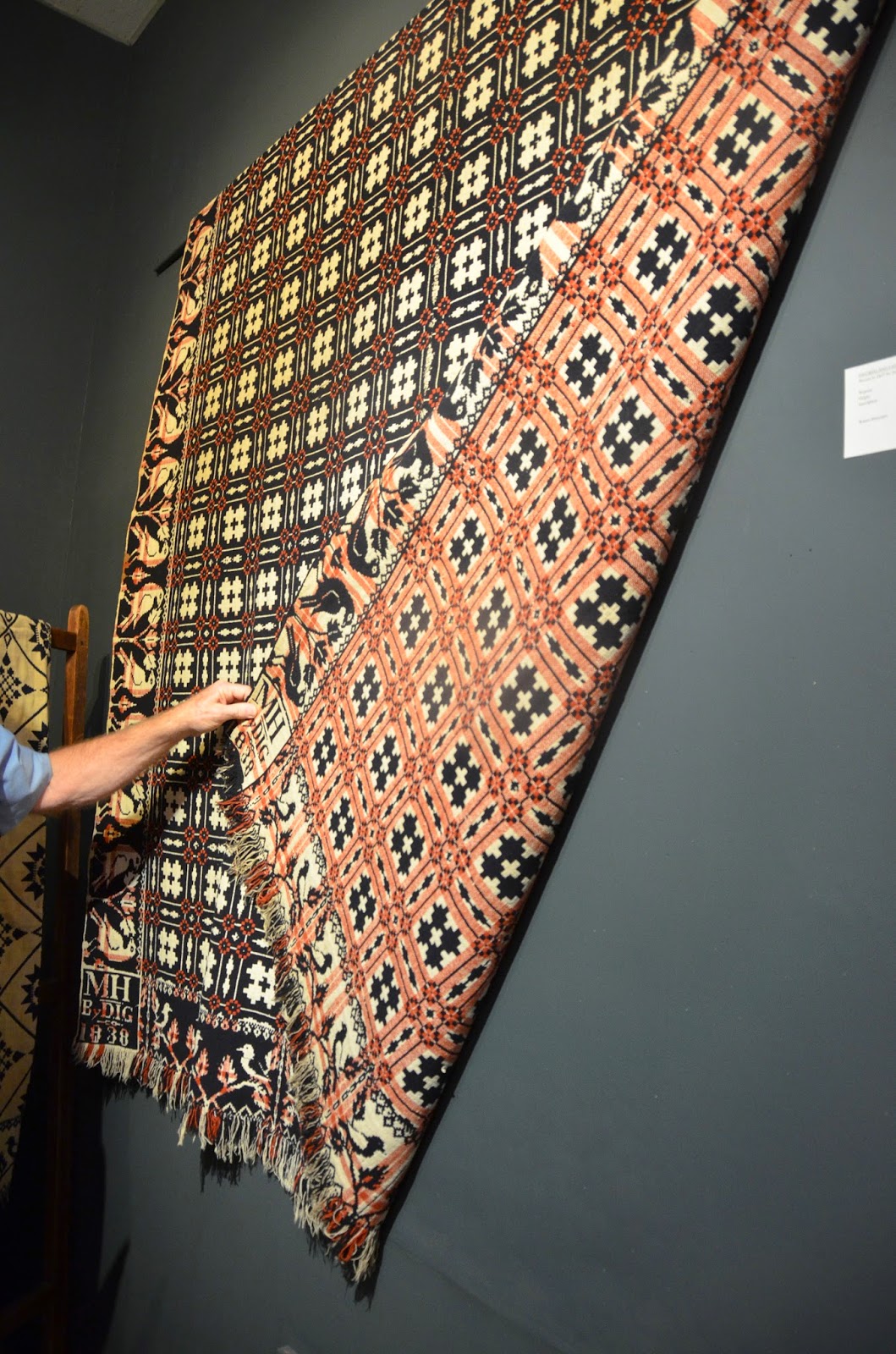 The geometric design of the center combined with the fancy border makes me think of a quilt with an appliqué border. The dark indigo looks almost black. 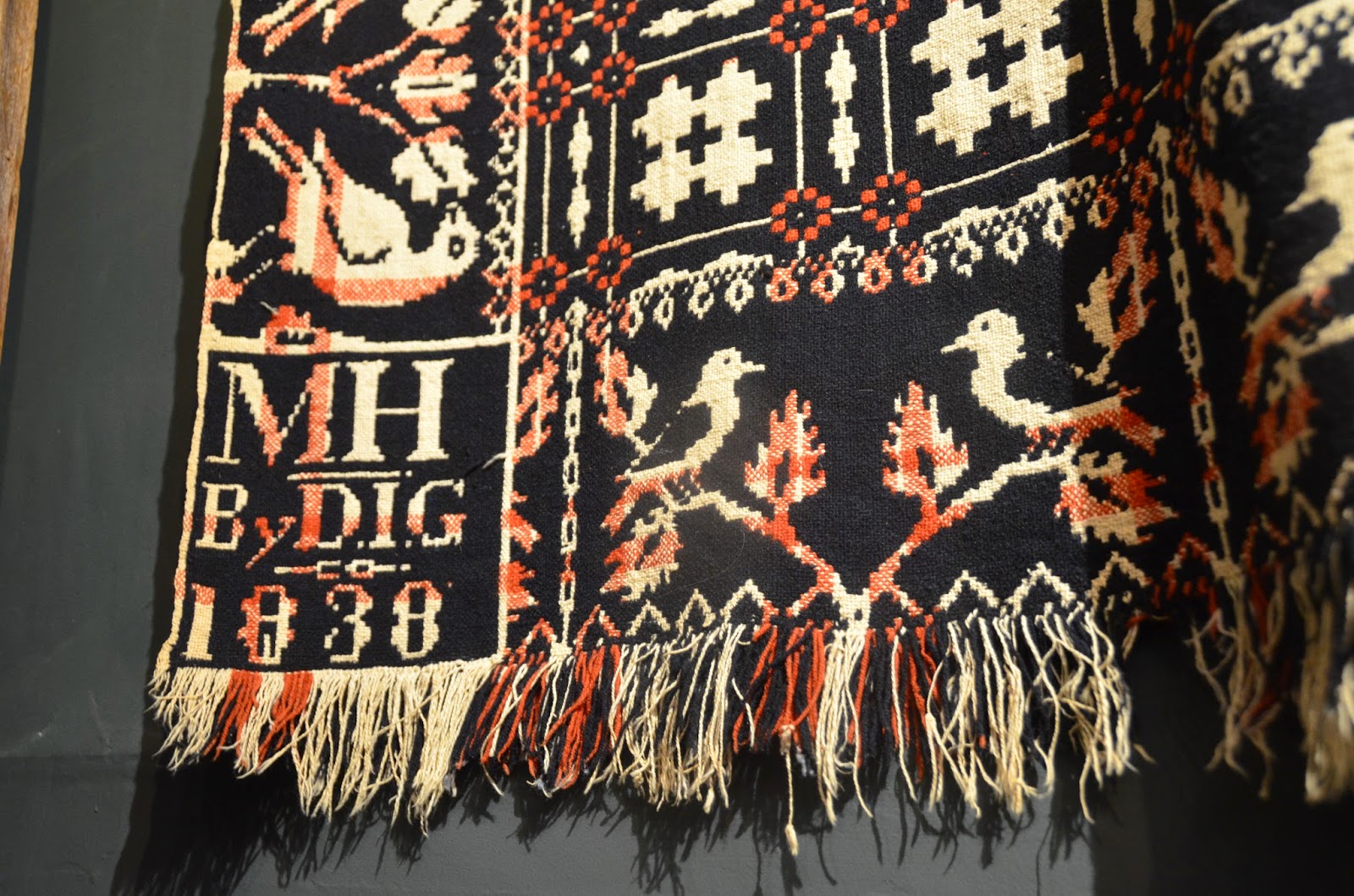 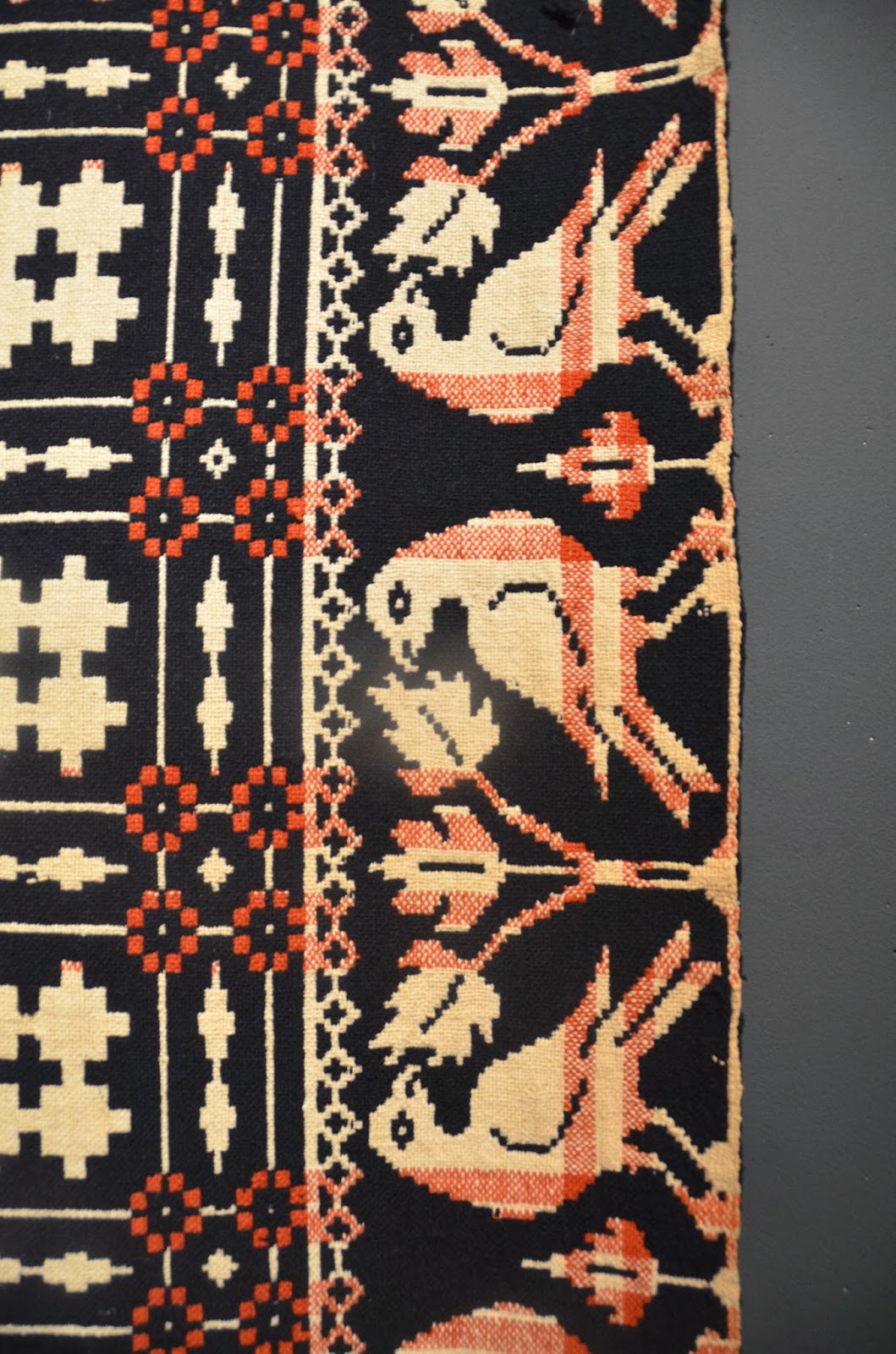 I fell in love with D. I. Griggs as I viewed his collection because we clearly shared that passion. 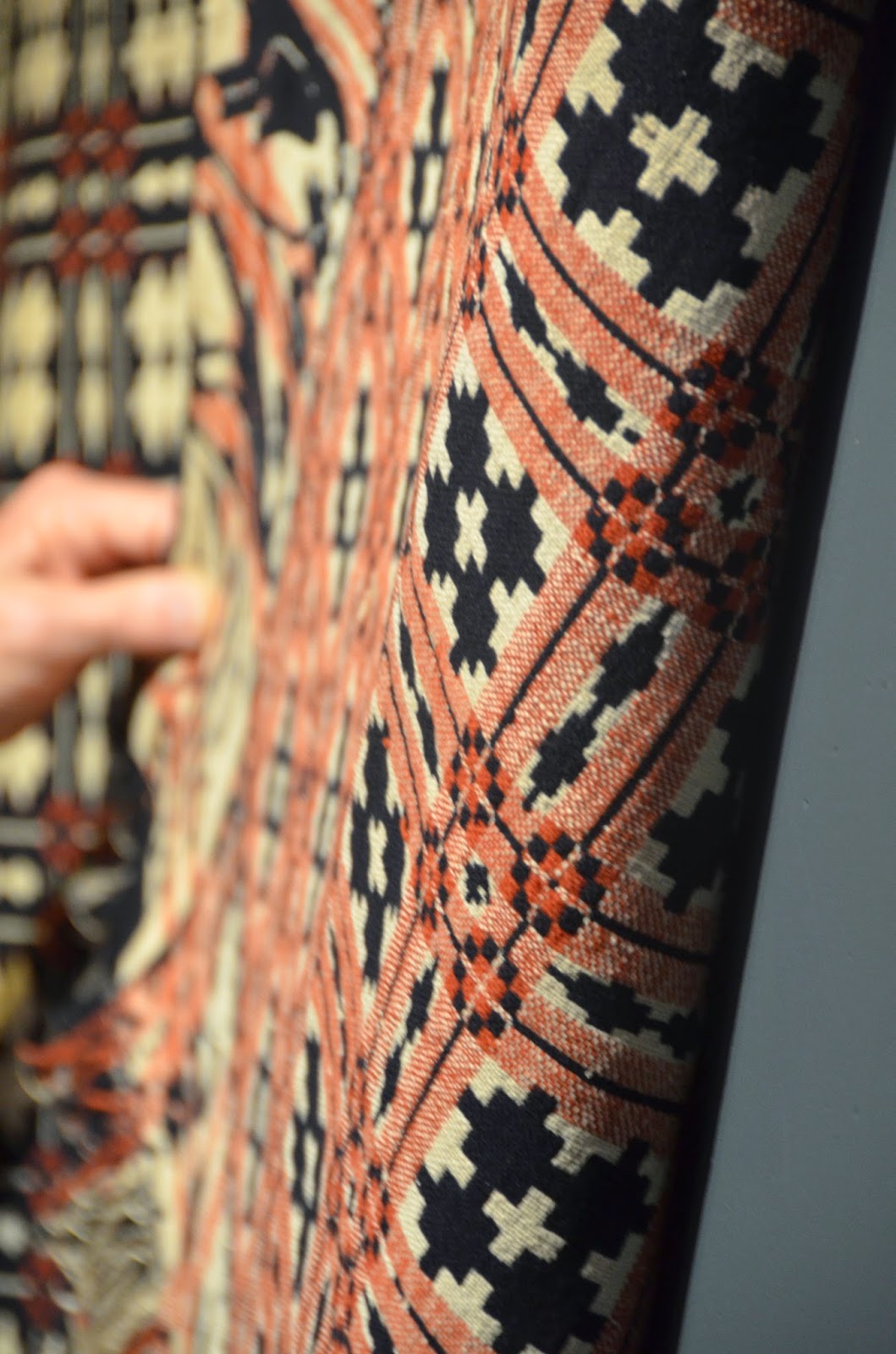 Oh, what I would give to sit next to him while he sat in his weaving chair to pick his brain. Notice the same bird border in another one of his coverlets behind it. 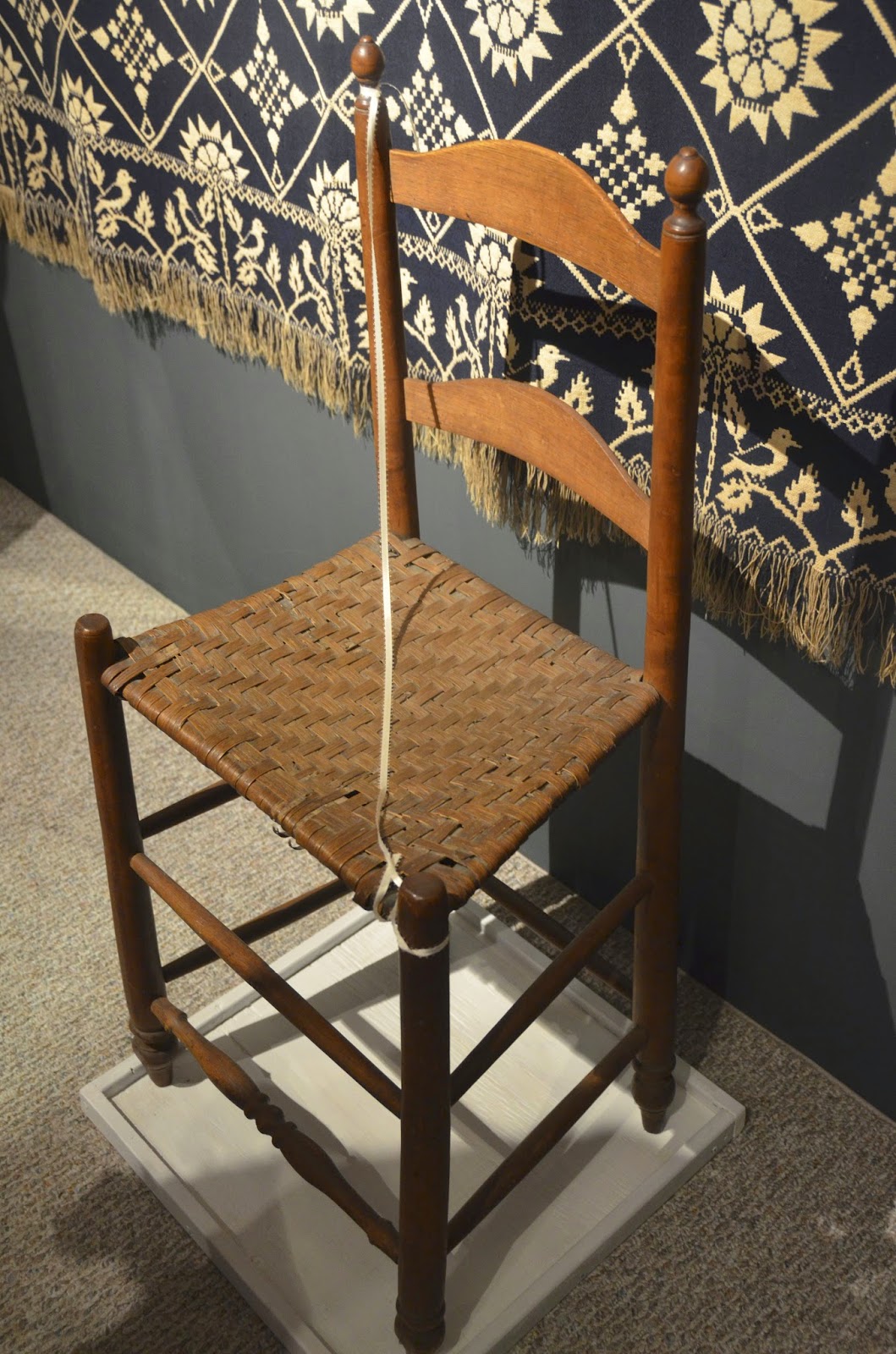 The two day course consisted of a combination of lecture and close study of actual coverlets. 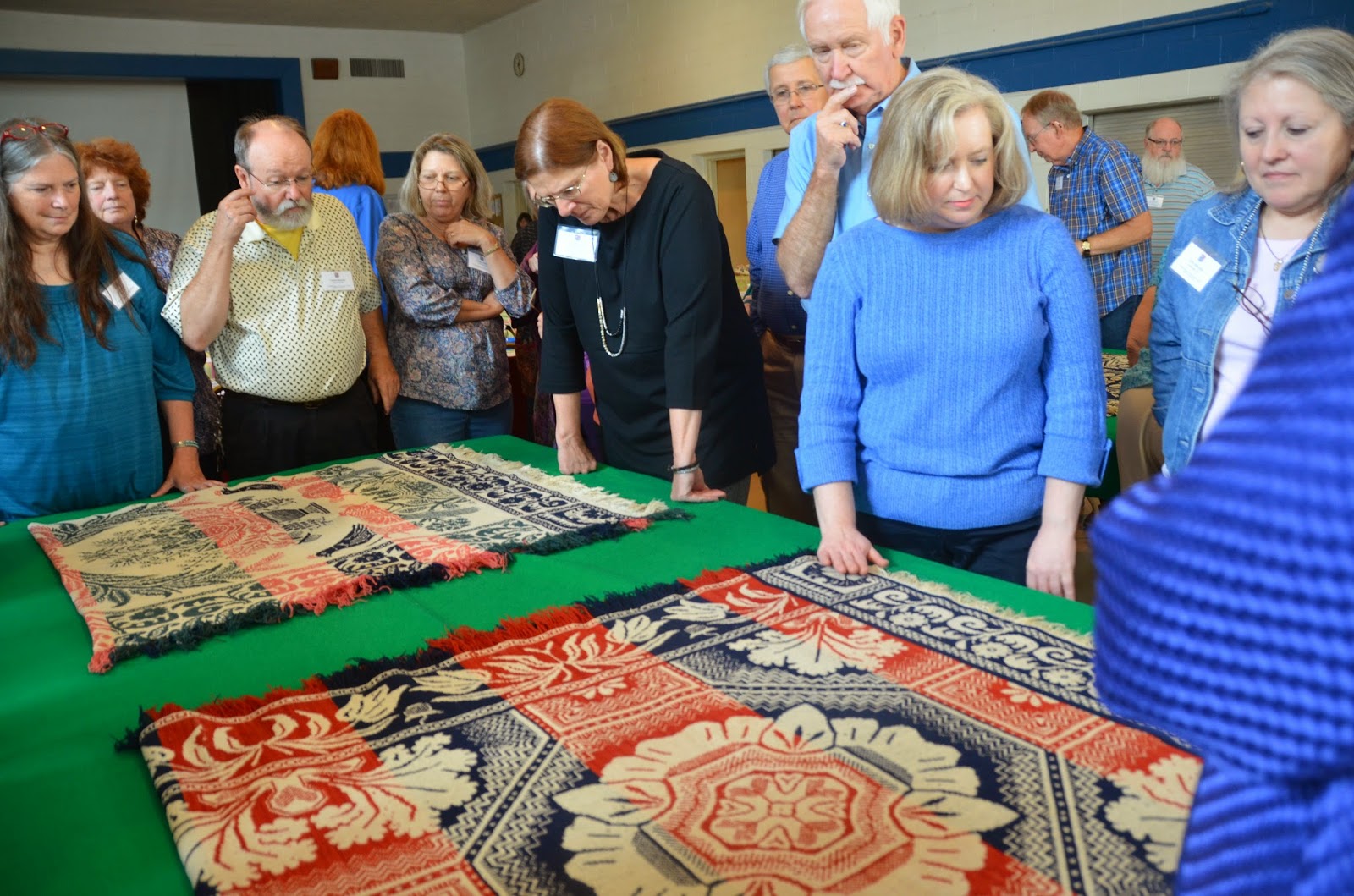 I learned a great deal more than I ever anticipated. We covered everything from weave structures and loom mechanics to fancy fringes. There were so many lightbulbs going on in my head you probably could have landed a plane by them. 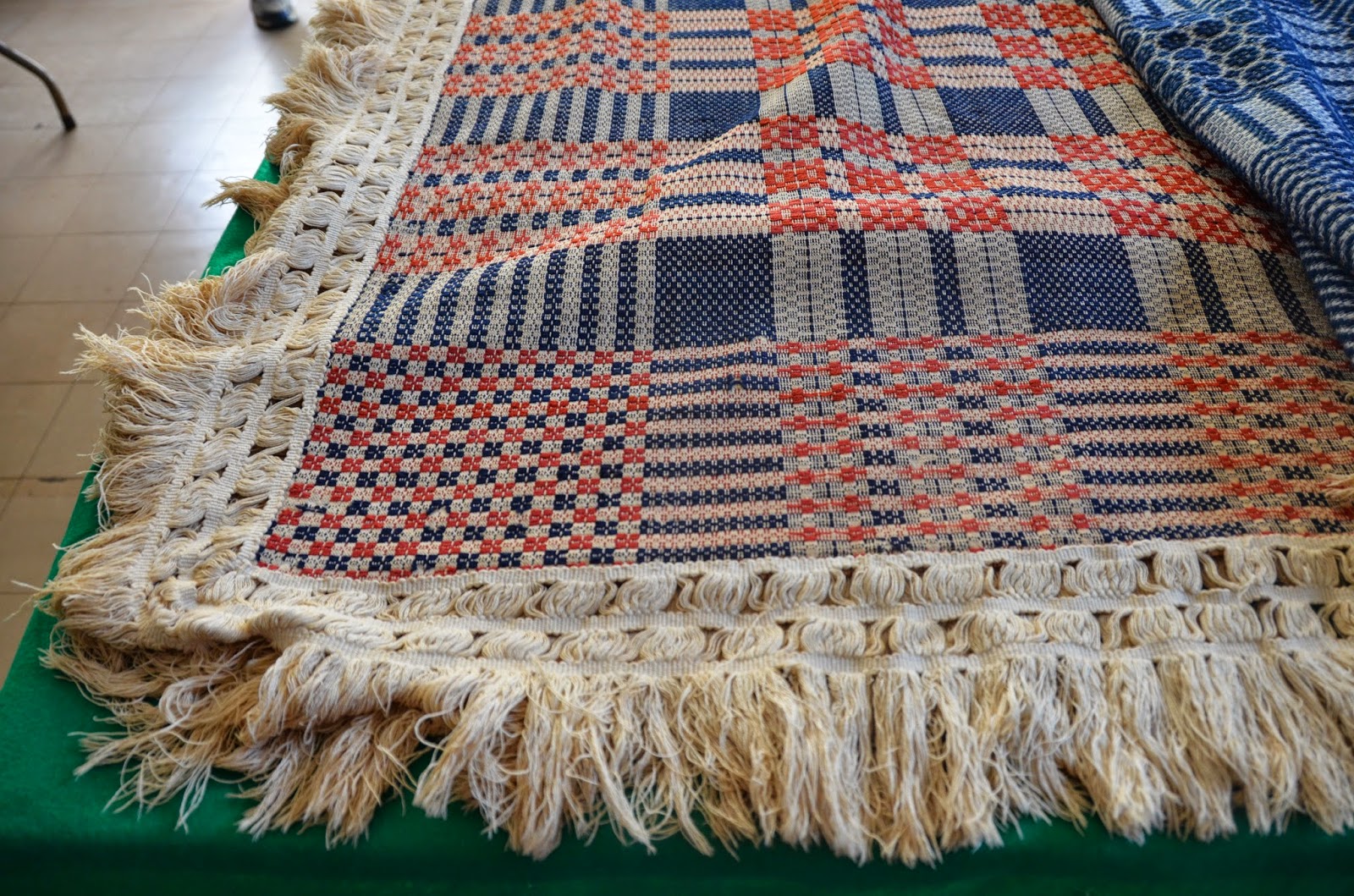 I was even able to finally learn what my 10th great grandfather meant when he willed his "loom and half the gyrs" to one son and "the other half of the gyrs" to the other son. Seems he owned and worked a draw loom and the extra shafts, connecting ropes and reeds for a particular damask pattern would have been stashed on the wall and collectively would have been referred to as "the gear" for that pattern.

Of course, now that I know that I want a draw loom. Then I could make a replica of the D. I. Griggs coverlet.