It looks like they’re just standing around, but they take their jobs very seriously. 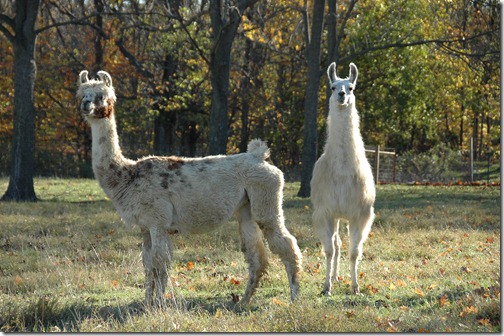 Yesterday for instance, Thelma noticed that Tula, Paisley and Popcorn were on the same side of the fence as she was. “Uh, Louise. I think we got some illegals,” she said. 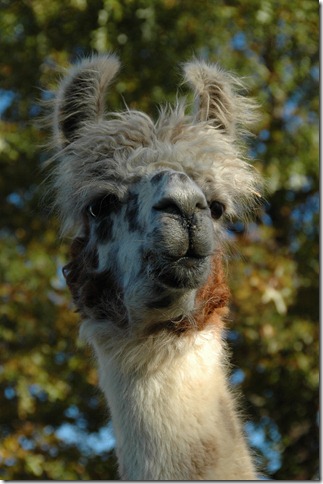 “One, two, three, four…Hey, Thelma you’re right we do have more of those little fur balls,” replied Louise. 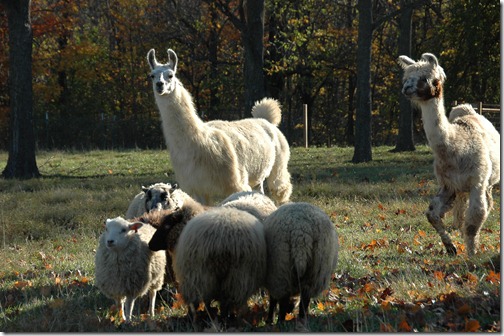 “Quick we need to determine their intentions,” said Thelma. 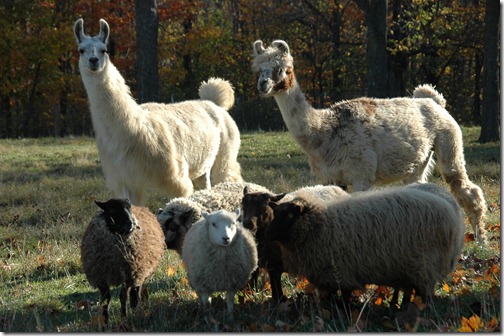 “Hey, hey you!” “Stop, I need to see your passport,” shouted Louise. 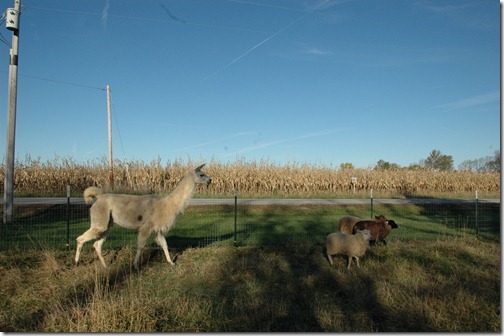 “Halt, we need to do a sniff search of your bodies,” announced Thelma. 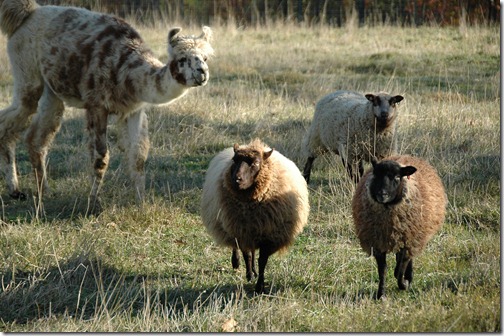 “Run, run for your lives!” shouted Tula, leaving Paisley and Popcorn in her dust. 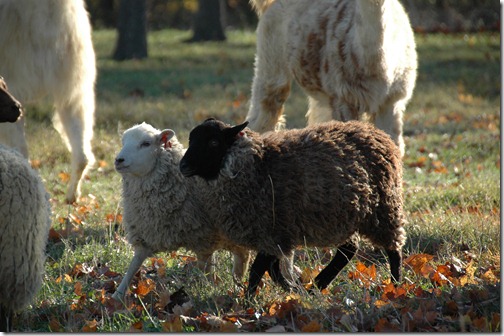 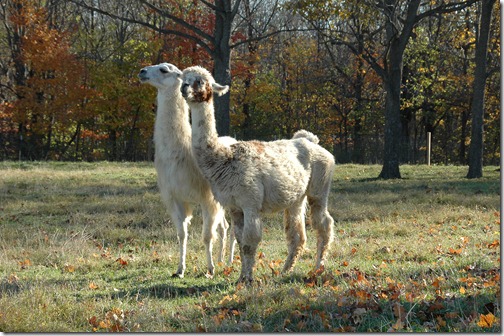 “What do you mean, I lost them? Are you not part of this team?” 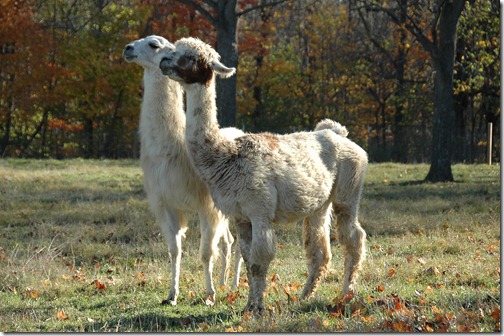 “I’m just sayin’, look at the length of your legs and then look at theirs.” 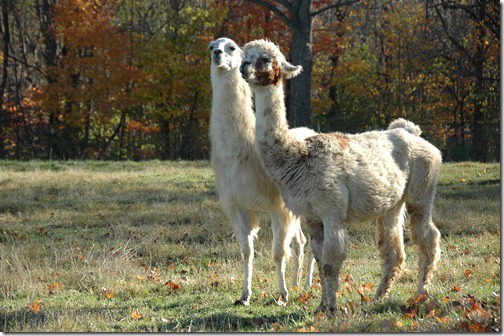 “Oh, that’s how it’s going to be, huh? Fine, you handle it. I’m going to go roll in the fresh stall bedding.” 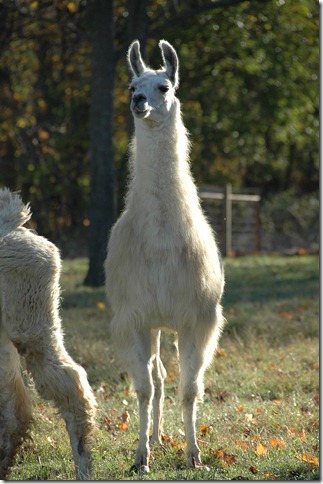 Posted by Christine at 8:33 AM

I was just passing by and thought id stop to say hello. I'm checking new blogs today, and i hope you folks are enjoying the fall weather like we are having here in Pennsylvania. Richard from the Amish community of Lebanon county.

Thelma and Louise are such a pair!

I love your girls! They are hilarious.

you are one great lady. thanks for always making me smile. to cute. (:

Beautiful ladies. I never really thought about putting two llamas with our flock. I wonder how our Fuzzy would do with another llama? I love your story.

You are a nut.

Have you thought of producing a mini-series with these two...actually maybe a sit-com...like Lucy and Ethyl? I think it could work....

I love your stories. They make me crack up every time.
Thanks.

Ah, Thelma and Louise... always up to something! Too funny!

They're looking fantastic too!

llamas are so cool. they have neatest ears!