Won't You Take Me To Turkeytown?

(sung to the tune of funkytown)

Gotta make a move to a
town that's right for me
Town to keep me movin'
Keep me gvoovin' with some energy.

Well, it was actually warm here on Tuesday. And the sun was shining. We're getting REAL tired of the roosters being mean to each other. They each need to move on up to a de-luxe apartment in the barn. And we need a home for them if we're going to get turkeys. So we decided the barn is going to become part Turkeytown, part Banty Shanty.

It's not going to be easy though. It has some, uh, challenges. Like the lack of walls for instance. A minor detail. 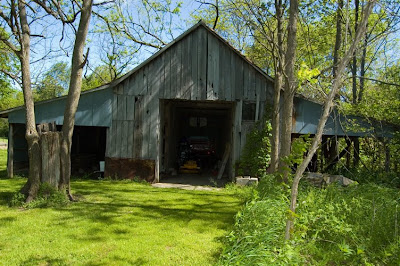 But we're thinkin' the old corn crib portion could be reworked into separate coops and the run-in shed portion could serve as enclosed runs. 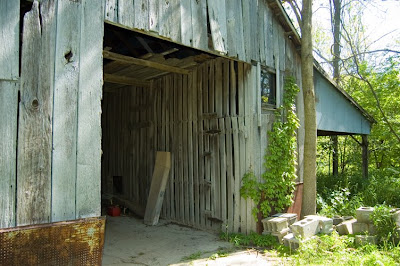 This is the East Wing, which will become the Banty Shanty. 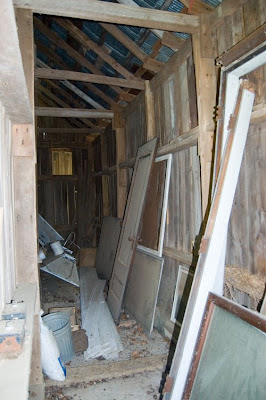 And here it is again after we cleaned it up. Notice the raised cement footing on the floor. This will not be the first time this old barn has been reincarnated. It looks like it was built, then added on to, then added on again. Interesting. 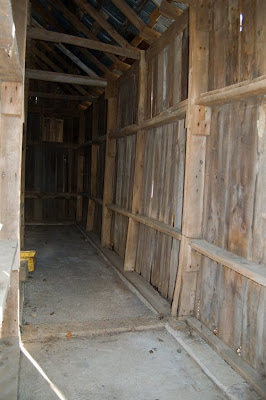 The West Wing, soon to become Turkeytown, is in a little better shape structurally. 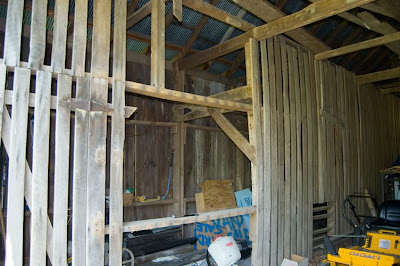 And we even ran across some insulation while we were cleaning so the engineer started putting it up. We are planning to bring the ceiling down to that point to help keep in body heat. 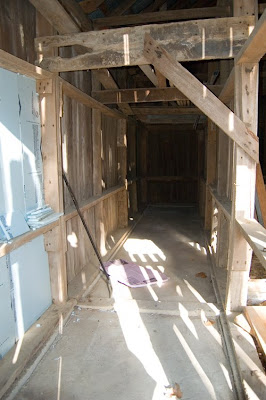 Overall it was a good day's work. We found all kinds of fun stuff like horse shoes and primitive garden and farm tools. A ton of tiny clay pots that I'll use to start seeds in. And building stuff we can use like windows and doors and lumber. We have a better idea of what we're getting ourselves into. I suspect this will be THE spring and summer project of 2009. Anybody wanna come help?
Posted by Christine at 10:37 AM

Now you have me singin' 2 songs.

Ouuu that old barn is wonderful!
I love it!
I am so glad I found your blog,
I love chickens.
We plan to build a coop this summer and start a new chicken family!
We lost our two barred rocks recently {Lola and Layla} and I can't wait to have more.

What fun it must have been to find all those goodies.

Good to see you reinvent the old barn. I like being resourceful. Makes me feel good.

That song's gonna be stuck in my head for hours now! You always crack me up. That barn is great; can't wait to see it re-purposed.

(My word thingy is "strep"...hope that's not a foreshadowing of things to come...)

That barn is to die for! I love buildings like that. Hoope you fromed a photo of it!

Add me to the group that will be hearing that song in their head for days! LOL